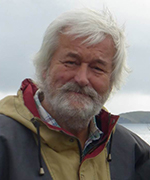 TOS forum is edited by Professor Kim H. Esbensen. Kim is research professor (Geoscience Data Analysis and Sampling) at GEUS (National Geological Surveys of Denmark and Greenland), external chemometrics professor with the ACABS research group, Aalborg University, Denmark and external professor (Process Analytical Technologies) at Telemark Institute of Technology, Norway. He was professor extraordinaire at Stellenbosch University (Institute of Wine Biotechnology) in the period 2005–2010 and presently Professeur associé, Université du Québec à Chicoutimi (2013–2016). He holds an honorary Doctorate at Lappeenranta University of Technology (LUT) in 2005. In 2009 he was inducted into the Danish Academy of Technical Sciences (ATV). Since 2001 he has devoted most of his scientific and R&D to the theme of representative sampling of heterogeneous systems and PAT, respectively.